That was the day of the strong arm robbery.
We were playing in Jacksonville Florida,
and Misty wanted to go and buy a red blouse for Valentine's Day.
She was already wearing a very nice red blouse,
but I kept my mouth shut.

We drove to a Pic 'n' Save store on Dunn Avenue.
I dropped her off near the door and drove to the nearest parking slot.
It had just gotten dark.
As I was locking the car door I heard a woman scream.
I had never heard Misty scream,
but the sound came from where she ought to be... by the door.

I started toward the building
and saw a big guy running from the door area,
from right to left across the front of the building,
and carrying a woman's purse.

He was going about 35 mph
when he saw me running directly at him.
He shouted: "NOOOOOOO!"
We crashed head on and I knocked him across a bunch of shopping carts.
I spun around, flew a few feet,
and landed on the point of my index finger, like an acrobat.
The finger bent into an "L", and I did a neat landing on my face.

People in the parking lot closed in,
held the guy down and called the police,
while I looked for my glasses and bled from a variety of places.

He had been running toward the high chain link fence
where he was to throw the purse to his brother,
who was waiting on the other side.
The brother disappeared.

The cops told us that if he hadn't taken at least $400
they couldn't send him away, wink, wink.
Funny, that's the exact amount we reported.

Meanwhile, Misty, who was also hurt
from being knocked to the ground by a blow to the ear,
was helping me into the store to get assistance.
Something had gone wrong with my leg and I couldn't walk.

The pharmacist said he couldn't help
because it would be admitting liability.
I'm leaning on Misty with broken glasses,
an injured leg, a bent finger, and bleeding like a lawn sprinkler.
I reached across the counter,
grabbed the pencil out of his pocket,
pushed him aside, took some tape from a shelf,
and made a rough splint for my finger.

The next day we went to a walk-in medical clinic
where the doctor put a splint on my finger backwards,
Later I turned it around.

I was on crutches for a couple of months
and the crook went to jail.
We sued the store and came out of it with a nice used car.

Since then I don't forget Valentines Day the way I used to. 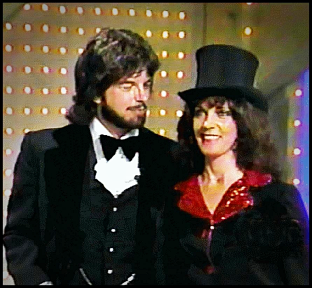