A LETTER FROM AN OLD FRIEND Jack Blanchard's Column, October 29, 2020


A LETTER FROM AN OLD FRIEND

I get mail from amateur songwriters,
many of them past acquaintances
who feel something is due them for associating with me
before I was of any practical use.
I got one like this a while back.
Notes in parentheses are mine.

"Hi, Jack! Sorry about taking so long to answer your letter
(Note -- Eight Years),
but we've had company from out of town.
We were just talking about you the other day
after we noticed your albums in the stores up here.
You look great, even with the long hair and strange clothes.
Have you put on weight?
(Note - He just killed any chance of a favor.)

"Do you remember the cold winter night
I gave you a lift down to the gas station
to get kerosene for your heater
after the gas and electric companies had shut you off?
And I'd have run you all the way back home through the blizzard,
except for the smell of the kerosene.
You know I would have.

"Well, you finally made it, didn't you?
Everybody up here always knew you would.
We were just kidding
when we used to call you a no-good bum.
HA -- HA. We were just trying to put some spunk into you,
and you'll have to admit -- IT WORKED!

"Since you are an old friend
I am giving you first crack at the enclosed original song.
If you don't record it I'll have to send it to Johnny Cash,
so let me know right away, and don't worry, it's copyrighted.

The following is the hit song he enclosed:

Here's the answer I wrote to my dear old friend:

"In unbiased critical appraisal
I must admit that your lyric has a certain steadfastness,
not leaving the slightest worry in the listener's mind
as to the protagonist's departure.

"It drives home the point and makes its title known
with a repetitiveness highly valued in the commercial field.
Its simplicity is to be complimented
as well as its portrayal of a situation in which each of us has found himself
at one time or another.

"The first-person style and identifiability of the characters
only strengthen the argument
that you have invested the total of your talent in this one grand effort.

"In consideration of the above,
and in sincere gratitude for the kerosene you took me to get,
I cannot, in good conscience, stand in the way of you and Johnny Cash.
Please send it to him and take all the credit for yourself.
Don't mention me at all.
Heaven knows you deserve it. 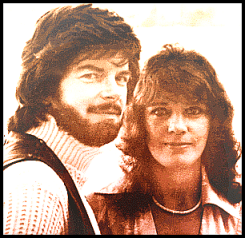 Hello Again (When SomeOne Needs SomeOne)

Use wireless earbuds or headphones

FULL SCREEN
for best AV experience
at October 19, 2020 No comments:

Lu Lu To Sir With Love

TO SIR WITH LOVE

REMASTERED IN HD TO CELEBRATE ONE BILLION VIEWS!

Now you know how STUPID

During Wednesday night's vice presidential debate, there was an unexpected visitor. He wasn't invited to the big event — we don't know his name or even that he's a he. But in some ways the surprise gate crasher ended up stealing the show. Yes, we're talking about the fly that landed on Vice President Mike Pence as he verbally duked it out with Senator Kamala Harris for their one and only showdown in this election cycle. While the candidates sparred over issues and policy –  with more than a few interruptions between them — the fly made his national debut on live television.

It might only have been a brief appearance — just two minutes, per Mashable. But the insect's time in the spotlight is now guaranteed to endure thanks to its very own Twitter account, aptly named FlyOnMikePence –  and it already has more than 6,600 followers. And what, you may wonder, is on the impertinent creature's mind?

Sniffing of glue,
And food that is bad for you,
Chickens with flu,
And cows that are mad for you.

Air pollution, prostitution,
And how to interpret the Constitution

Take some pills,
Learn new skills,
Pay your bills,
And write your wills.

No wonder we've got the blues.
It's THE NEWS! 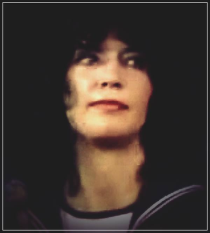 To our readers at home and around the world:

As you are, we're busy trying to cope with this pandemic,

so we're sending you a few column reruns, the cheerier ones.

Almost every morning when we wake up,
I say something like this to Misty:
"Do you come here often?"
Today she said... "Not if I don't have to."

She had some Strauss waltzes playing on a CD.
I didn't comment.
I like that music once in a while.
After about ten minutes of Strauss' three-quarter time,
she got up and changed the CD, saying...
"I want some music where I don't have to count!"


Anyway...
A lot of people make me laugh:
Stephen Wright, Bob Newhart, Mark Twain,
Homer Simpson...The list is endless.
But the one who makes me laugh most often lives right here.

At first I thought it was a tendency toward spoonerisms,
years ago, when Misty read a roadside sign to me as :
"Hot long foot dogs",
and "Look at the Clydes up in the skow!" (Clouds up in the sky.)

After a while I began to notice the little smile she had
when saying one of these things.
She knows she's funny,
but she doesn't care if people think she's mixed up.
Mixed up like a fox!

Over the years I wrote most of them down for posterity
on the inside covers of legal pads.
I now have hundreds of these which I plan to go through someday,
to put her sayings into a book.
In the meantime, here are a few I can remember:

"Life is a three-way street."

"Let the guy without sin pass the first stone."

I said "Who's that singing?"
She said "The Elderly Brothers."

She once said to me:
"You could charm the women right out of the trees."

"Running around like a chicken with its hat off."

We were mixing down a recording session
and she picked out a little flaw.
The engineer told her she could really hear well,and she said this:
"Like a mink".