From 4-track to World-class: The History of Sweetwater Studios 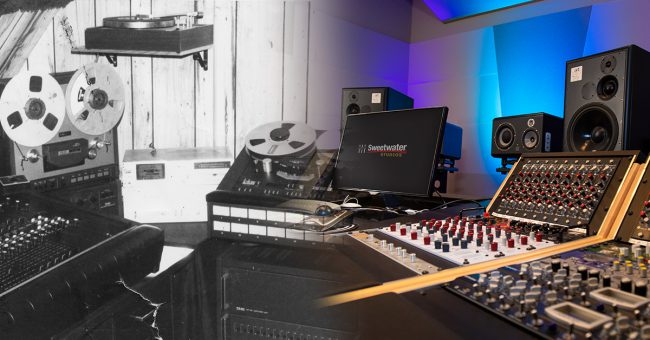 Every business has a “log cabin story.” If you visit the Sweetwater campus in Fort Wayne, you’ll see an impressive display of vintage musical gear — and a meticulously restored Volkswagen Microbus — roped off to your left as you enter the building. That VW has special significance in the Sweetwater story.
Humble Beginnings

As a working musician on the road, Sweetwater Founder and CEO Chuck Surack used his VW bus to haul his band’s equipment around. In 1979, he outfitted it with a mobile 4-track recording rig. Chuck would record bands at local nightclubs, churches, and schools and take the tapes back to his home studio for post production. Improvements to the home studio followed, and, soon, a diverse array of projects — albums, singles, commercial jingles, music production for local ministries, and more — was originating and being finished there. 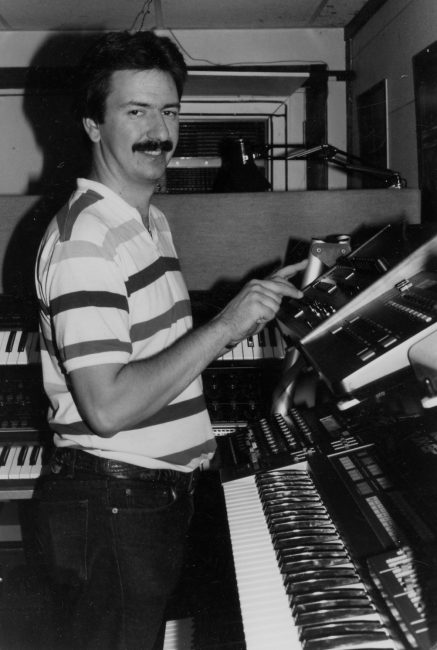 A serious musician (he plays sax and keyboards), Chuck never intended to get into music equipment retail. As a musician and studio owner, he experienced the frustration of finding the right gear at a fair price. And, as a serial entrepreneur who started his first business at a very young age, he had the foresight to recognize an unfulfilled need in the marketplace. But then, in 1984, a new technological development came along that would shake up the industry and launch Chuck Surack on a career trajectory as a visionary who would fundamentally change the way music gear was sold. 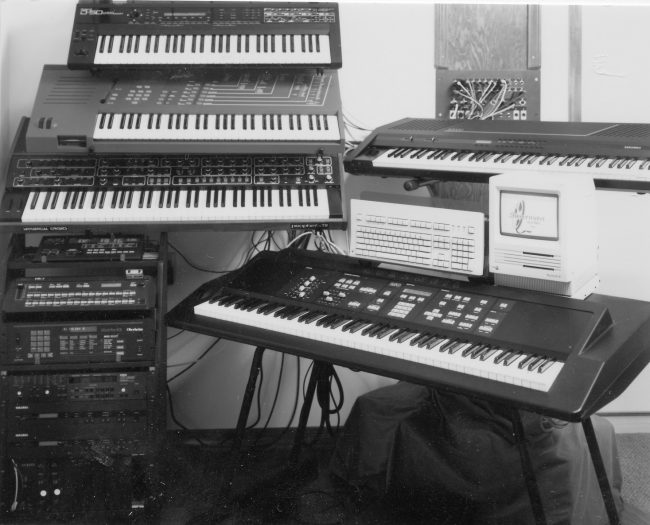 That development was the Kurzweil K250. The first keyboard to feature high-quality digital samples of real instruments, the K250 was a crowning achievement in digital sound quality for its era and a symbol of the technological upheaval that was roiling the audio industry in the early ’80s. Chuck bought one for his studio and immediately set about recording samples to share with his friends who owned K250s. Chuck’s concept for a sample-swapping network hit a hitch when he found that most K250 owners were not that interested in recording their own samples, so he shifted his focus to selling his own custom K250 samples, which were in demand due to their high quality and breadth of offerings.

Studios Are Part of Our DNA 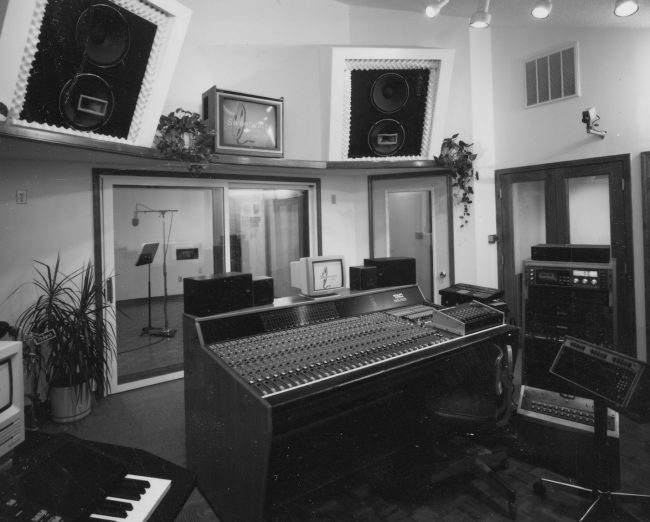 As Sweetwater Sound grew into an industry-leading retailer specializing in “Music Technology Direct,” the company expanded into more spacious headquarters with increasingly larger warehouse space — and more comprehensive recording facilities. The studios, as always, remained at the core of the business, evolving into the world-class recording complex we have today. This is why we say that studios are part of our DNA at Sweetwater. It’s where we come from. It’s who we are.
Our Product-testing Laboratory

Over the years, Sweetwater Studios expanded to 8-, 16-, and then 24-track analog, ultimately leading to the sophisticated digital/hybrid facilities we have today. All along, in addition to being a busy commercial recording facility, the studios have served as a laboratory where we put new gear to the test before deciding whether we want to sell it to our customers. Our unique, relationship-based, consultative sales approach — with each customer having a personal expert Sales Engineer — goes all the way back to Chuck’s sample-swap days. After all, we wouldn’t want to recommend a product to a friend that we wouldn’t use ourselves! 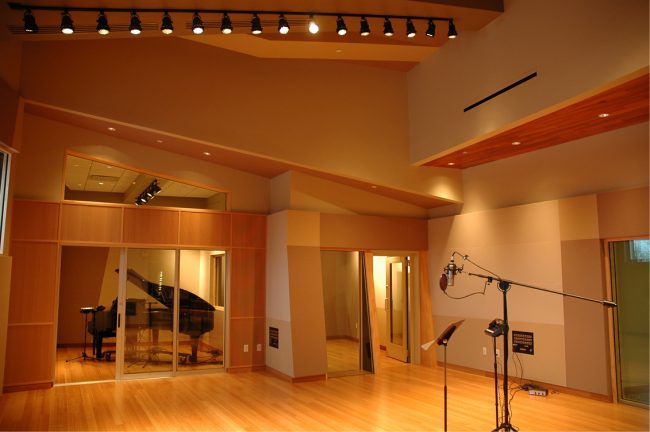 Today, Sweetwater Studios bears little resemblance to the humble 4-track setup that started it all. Designed by the renowned acoustician Russ Berger, our current 3-studio complex was built when Sweetwater relocated to its new campus in 2008. Although every studio is currently spec’d with ATC monitors, each studio — Studio A, Studio B, and Studio C — is purpose-built for different tasks. The flagship Studio A has an expansive tracking room and two isolation booths with unobstructed sight lines into the main space, and it is large enough to track a full band, a string ensemble, or a midsized choir. It’s hosted classical pianists, metal bands, and everything in between, including recordings by Anthrax, Gene Simmons, Counting Crows, Richie Faulkner, Billy Cobham, Russ Taff, Peter Erskine, Steven Curtis Chapman, Paul Gilbert, Adrian Belew, Chester Thompson, Jonatha Brooke, Spock’s Beard, and Nick D’Virgilio. Studio A also hosts Sweetwater’s popular Recording Master Classes, in which attendees from across the country learn each phase of the music recording process — from choosing microphones and tracking to overdubbing, editing, mixing, and mastering — by observing actual recording projects as they take place.

The Best of Analog and Digital

At the heart of Studio A is Sweetwater’s customized hybrid console with Rupert Neve Designs Shelford modules and an Avid S6 control surface. This hybrid configuration affords each of our engineers a preferred workflow that suits the requirements of a project. Extensive outboard equipment is available to all three studios — as are the contents of our extensive mic locker. There’s one more room in our studio complex that’s not, technically, a studio: the Performance Theatre. It seats 250 and is connected to Studio A via tie lines that allow large groups to use it as a soundstage while our engineers capture their performance in our largest control room.

The Performance Theatre is an impressive space for recording live shows and large groups such as choirs, orchestras, and large bands. Using four microphones and over 100 speakers placed throughout the room, the Performance Theatre’s advanced E-Coustic room enhancement system lets us dynamically simulate the sound of virtually any acoustic space from a small room to the Grand Canyon (and anything in between).
Passion, Experience, and Expertise

Aside from the passion for music that our employees bring to Sweetwater every day, the breadth and depth of knowledge here is simply staggering. Among our ranks, we have award-winning recording engineers and producers with decades of experience in world-class facilities in New York, Hollywood, and Nashville. Beyond the recording studio, we have expanded our areas of expertise over the decades to include live and location sound, music education, acoustic installations, and more. But recording is — and has always been — at the very core of Sweetwater. We have outfitted countless home studios, commercial facilities, and churches with microphones, audio interfaces, large-format consoles, studio monitors, signal processing gear, acoustic treatment materials, computers, software, studio furniture, and more — everything to transform the studio of your dreams into reality!
at August 15, 2020