A GIG TO REMEMBER


Deep from the Heart of Georgia 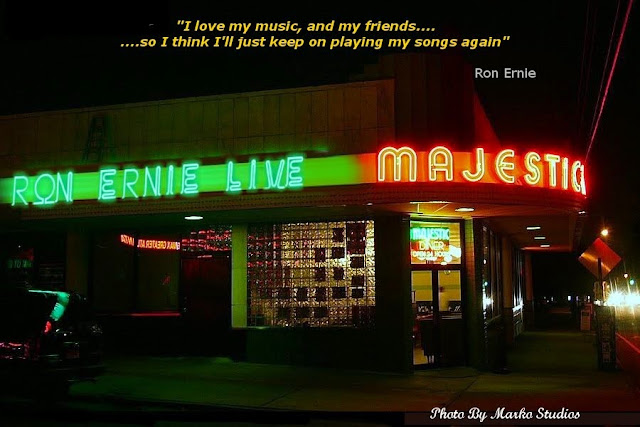 Home Of That Swingin' Dance

Food That Pleases, All Are Welcome:

"Heading home from San Antonio Texas, I decided To Check In At The Famous and Unique Majestic Diner For An Entertainment Venue Opening."

The following is the account of an evening of my best friend Little Joe's girlfriend's Bachelorette Party. 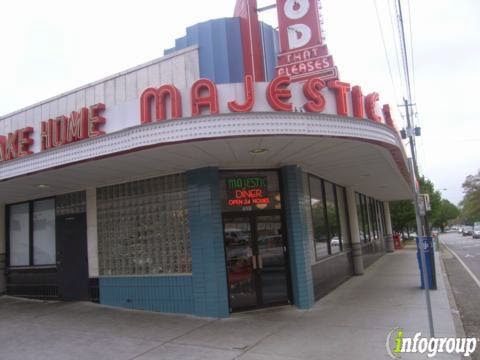 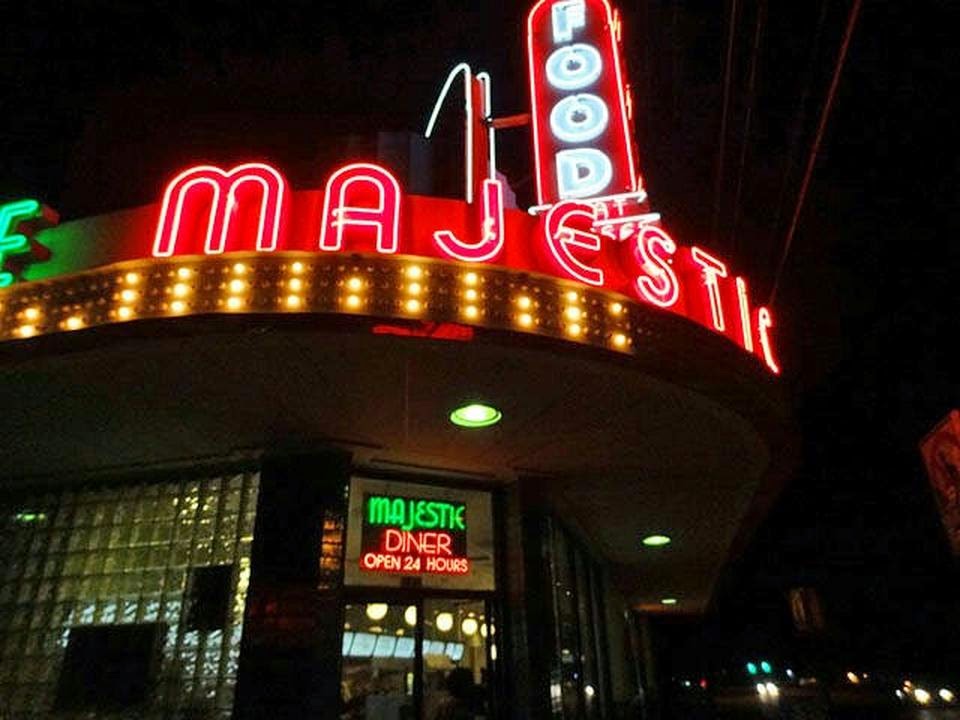 The Majestic Diner's ever-glowing neon beckons with an offer of "Food that Pleases" day or night since 1929. It has great late night entertainment on weekends too!

I have never been in the Majestic during daylight hours. In fact, I seem to forget it is open altogether unless it is at least 3 am in the morning. My favorite memory of being at the Majestic was at the tail-end of my best girlfriend's bachelorette party. We had been escorted around town in a 60's VW Van with flames on it from scandalous venue to venue.  The Driver Van Ritshie kept us interested and awake with his story about how he always hated the beatles but finally he grew to love them.  WTF he meant by that I do not know.  Anyway Good ol' Van told us he was a singer, a DJ and an all around great person.  He was our driver and dad for that night.  He drank with us and partied behind the wheel when we were on the move.  Halfway through the night Van said that there was a consensus at the last bar we we went to that we were too intoxicated to be in public, so where did we go?

The Majestic!
Ron Ernie Was Spinning Oldies That Night!

Ron Ernie even came over to our table on his break.  He asked if we liked those oldies but goodies. YES! I said, they are super. He then asked my girlfriend if she would like to get on his mic. I am not sure what he really meant by that?

I have driven by the Majestic in the afternoon to see it full of older nicely dressed folks filling the tables, completely unaware of the "colorful" characters that were sitting in those very seats the night before.

My friend David tells a story that   the sign was taken down for repairs, after which the repair guy skipped town. Apparently the Majestic was hosting DJ Ron Ernie that month and Ron had a fit and demanded the sign be restored. Management said it was going to take several days. Well, Ron Ernie made a call, and the next day the Majestic was closed for renovations for the whole day.

Ron Ernie threw the switch that night, and the lights came on...

...and the Oldies flooded the room! 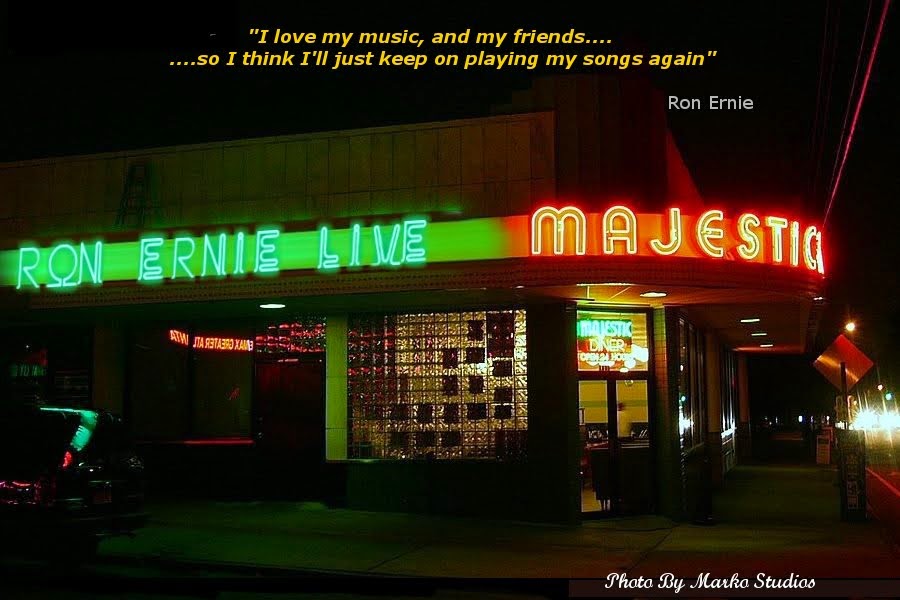 As far as I know that same sign is glowing every night with a venue line that is changeable,  according to the entertainment  that is on the Majestic schedule.