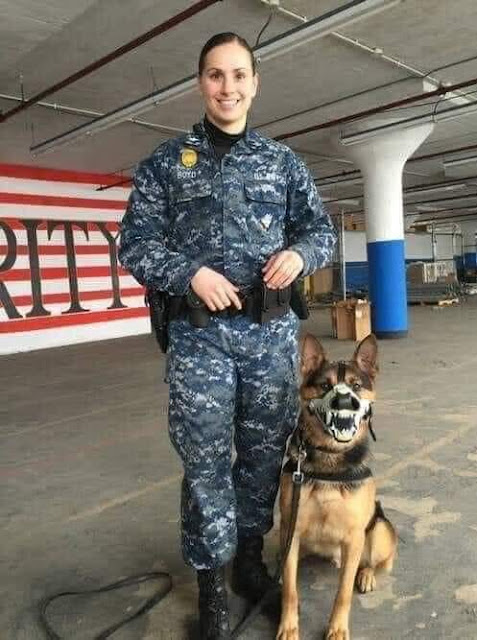 
According to the FBI, "the incredible acts of heroism by the NASCC Military Policewoman guarding the entrance to the base, saved many lives yesterday".

On the morning of May 21, 2020 a terrorist tried to get past her. That terrorist, Adam Salem Alsahli picked the wrong gate guard to try to get past. He shot her point blank in the chest and then attempted to drive onto the base.

He didn't get far.

She took the bullet dead center in her chest, but was saved by her Kevlar vest, which had a steel, ceramic-coated plate over her sternum designed to protect the heart and vital organs.

The impact knocked her off of her feet however despite her obvious pain she quickly got right back up and hit the emergency button that activated a very strong pop up barricade, which stopped and disabled the terrorist’s vehicle.

Then, as he was going for a rifle he brought with him, she shot him back.

He never made it past the gate as her shots killed him.

This sailor is the the reason we celebrate Veterans and Memorial day, not barbaques and sales. Thank our military personnel, they've earned it
at May 26, 2020